On 12 November a new book about the oeuvre of Jan Eric Visser is launched, titled Veritas, as one of the artist books series published by Verbeke Foundation.

Veritas references the garbage boats that sail under this name on Venice’s waterways. Veritas is the name of the company that operates the garbage boats and the Latin word for ‘truth’. Like Visser’s oeuvre, the book is reflective of our contemporary understanding of matter and existence. According to Visser waste exposes us to a world of matter, disclosing our humanity. It may be seen as somewhat eerie and untimely, betraying a more intrinsic relationship with matter and life. What we dispose of every day speaks firmly about our identity, existence, civilisation and era.

The book intermingles images of Visser’s works with quotes from interviews, lectures and personal notes from 1987-2017, illustrating his mindset and concept during these 30 years. The quotes reflect on art or are philosophical and ecological in nature, at times radical and humorous, mostly profound. They offer a new perspective on an oeuvre that indeed may be seen as a unique personal footprint. Art historian Dr. Elisabeth de Bièvre wrote a beautifully composed and truthful text about Visser’s interior motives. Nacho Vilaplana’s contemporary design catches Visser’s struggle as a human being, artist and consumer. Veritas is not like a standard catalogue, but reads like a film about an oeuvre and its maker, inducing the recipient to go and experience Visser’s works him or herself.

An excellent occasion would be the new winter exhibition of Verbeke Foundation in which he takes prominently part. Other participants of Lost in Garbage are: Maarten Vanden Eynde, Frank F. Castelyns (1942-2016), Jacobus Kloppenburg, Ben Christiaens, Thomas Van Der Linden, Jalila Essaidi, Ole Nieiling, Jean Groenen, Lutgart De Meyer and others. Their works will be presented in the context of a selection of collages & assemblages from the extensive collection of Carla and Geert Verbeke, in which waste items have been employed as a meaningful artistic medium.
__ 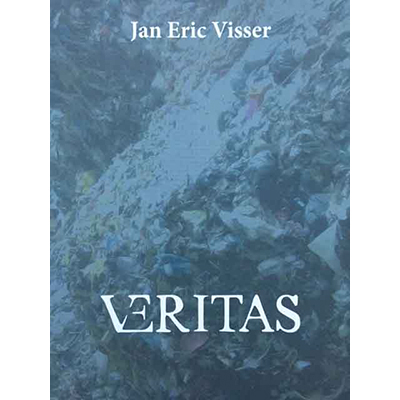